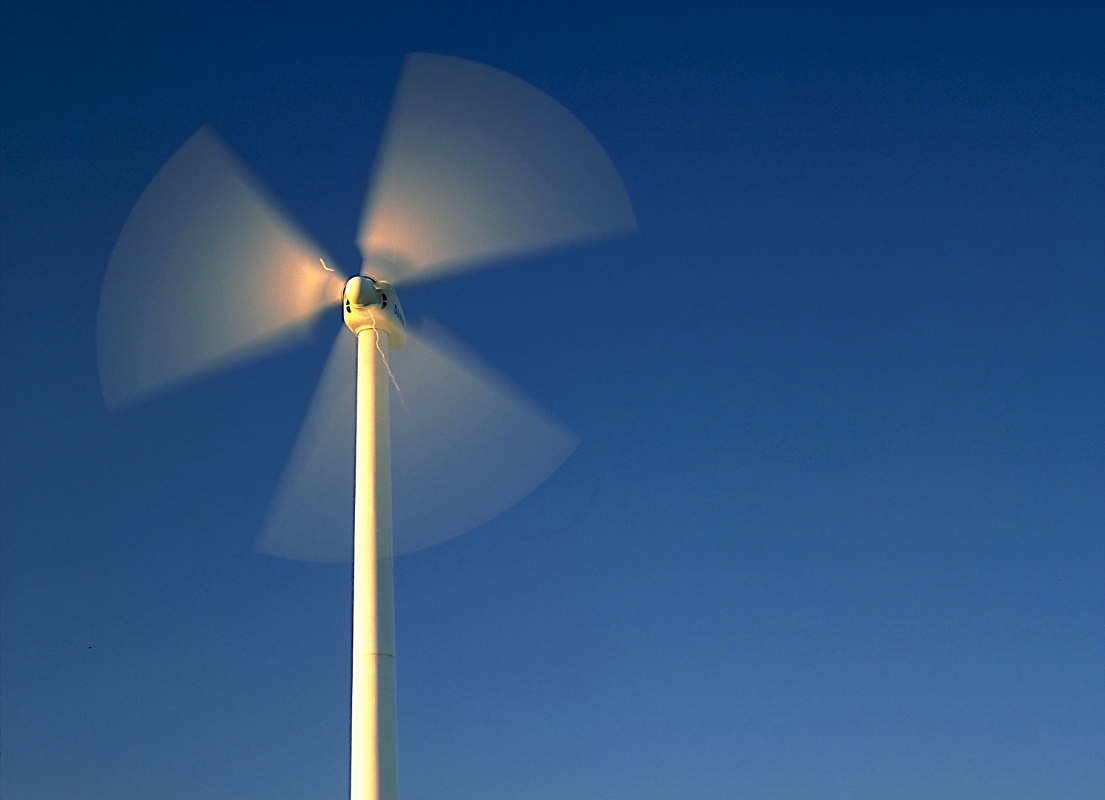 De Bjirmen is visually different from other wind farms: it is partly red in colour, which makes it look like a work of art in the landscape.

De Bjirmen Wind Farm is located in Oosterbierum in the north of the Netherlands. It comprises 12 turbines with a total capacity of 6 MW and is an onshore farm. When the wind farm was built in 1995, much thought was put into its visual appearance. The 12 turbines were therefore placed in a herringbone pattern to emphasise the shape of the landscape. Furthermore, the masts are coloured, so instead of being regular white masts they taper off in shades of red.