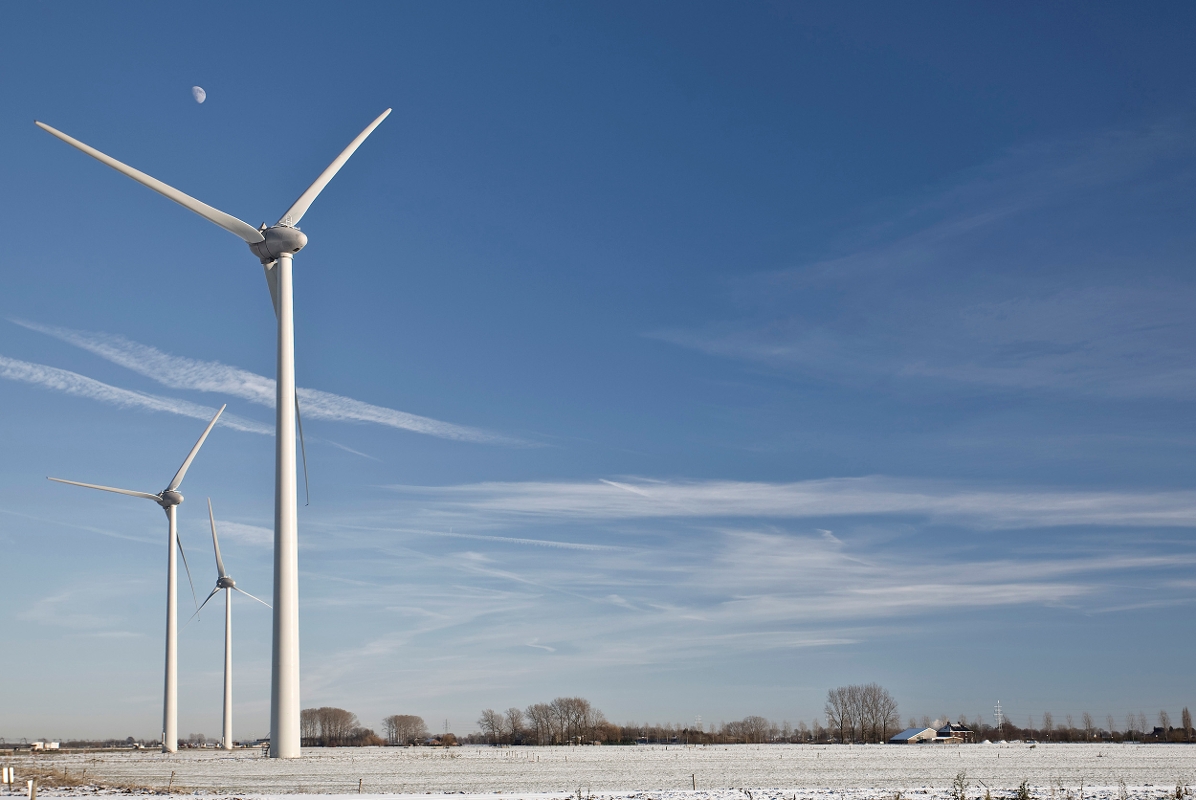 Cooperation between the Province of Gelderland and Nuon resulted in Echteld Wind Farm. The preparations for constructing the wind farm were set in motion in 2007 and the farm was inaugurated in November 2008. On the inauguration day Annelies van der Kolk, from Gelderland’s provincial authority, spoke about the responsibilities of the provincial and municipal authorities.

The Province of Gelderland has set out ambitions to reduce CO2 emissions. The Climate Programme for Gelderland 2008–2011 Aanpakken en Aanpassen (address and adapt) represents one step towards achieving these goals.

As part of the programme, the province wants 100 MW of wind power to be produced in 2011. This requires approximately 50 wind turbines. The ultimate goal of the province is to have a climate-neutral energy balance in 2050, in which wind power will play an important part. Annelies van der Kolk therefore underlined that in order to succeed, it is important that national, provincial and municipal authorities each shoulder their responsibility and remove barriers to the construction of wind farms.

The wind farm in Echteld comprises four turbines of 2 MW each and can supply electricity from a renewable source to around 5,700 households every year. Nuon is also developing wind farms in various other locations in Gelderland, including Duiven and Buren.