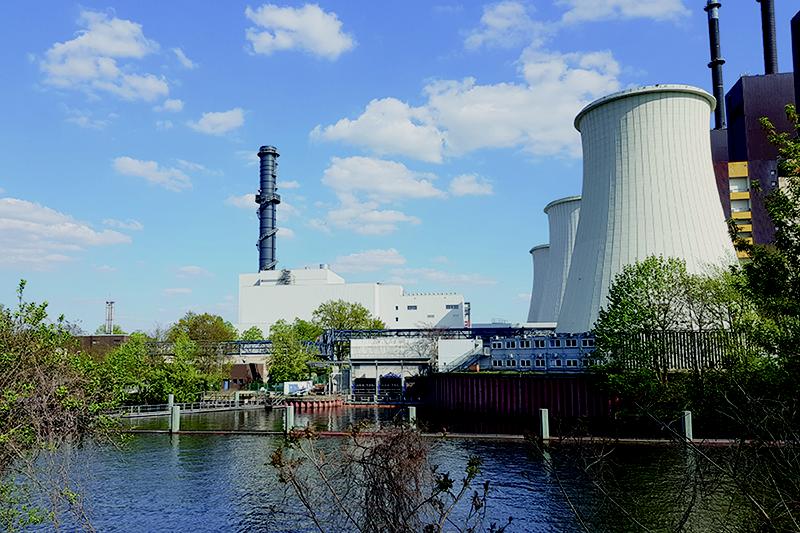 The state of Berlin is pursuing the goal of becoming climate neutral by 2050 and reducing greenhouse gas emissions in the city by 95 percent compared to 1990. As an active partner on Berlin's path to climate neutrality, Vattenfall is focusing its strategy on enabling a fossil-free electricity and heat supply within a generation. For Berlin's heat transition, Vattenfall is making the city's combined heat and power plants and energy infrastructures fit for the future.

Information on Lichterfelde CHP plant and its history

Lichterfelde CHP plant is located in the south of Berlin and has been modernised several times since it was first commissioned in 1972. In 1988, 1997 and 1998, the three heating blocks were converted from heavy oil to natural gas firing in order to reduce emissions. The old plant with its three power plant units has since been completely decommissioned. Unit 2 was decommissioned at the end of 2015. Units 1 and 3 were deregistered at the end of 2019.

A site gets fit for the future

As part of its modernization program for Berlin, Vattenfall has built a new, climate-friendly combined-cycle gas turbine (CCGT) power plant on the power plant site. With this, Vattenfall is fulfilling another promise from its climate protection agreement concluded with the State of Berlin in 2009. As the final step in the transformation process, the old CHP plant is now being dismantled. 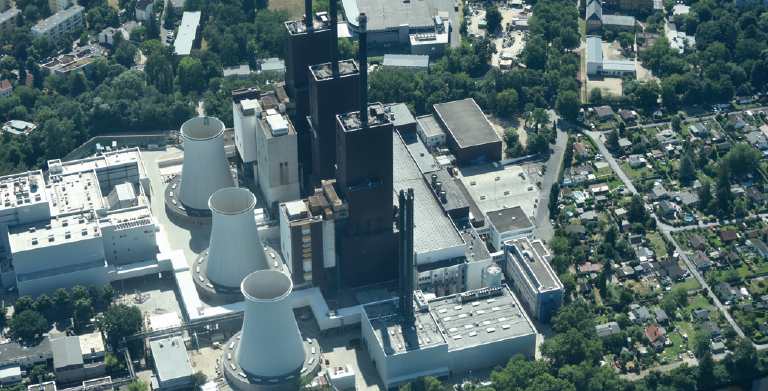 The new combined heat and power plant ensures an efficient and resource-conserving supply of electricity and urban heat to Berlin's southwest. Thanks to lower CO2 emissions, it contributes to Berlin's improved climate balance. Carbon dioxide emissions are reduced by 170,000 metric tons per year compared with the old and significantly larger plant.

The old Lichterfelde combined heat and power plant with its three power plant units has already been completely decommissioned. On November 1, 2019, the last two remaining units 1 and 3 were deregistered. 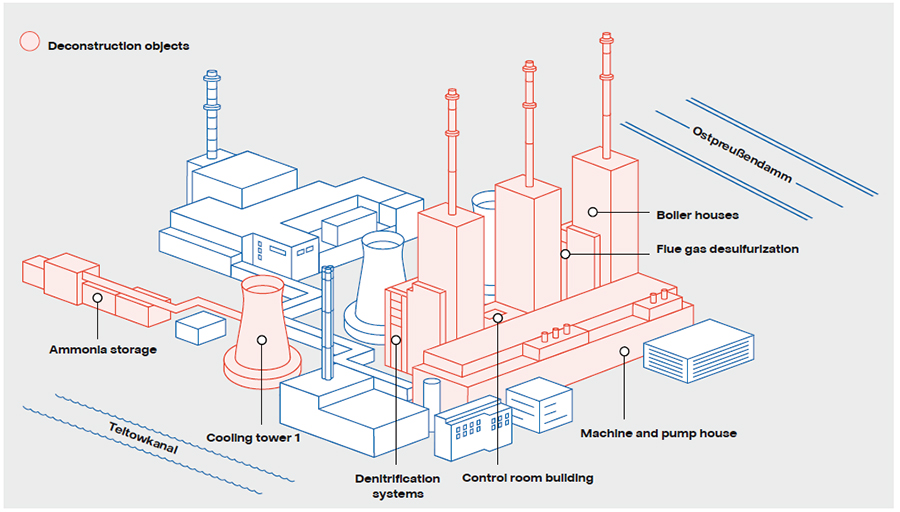 The three boiler houses and the three associated stacks, the machine and pump house, the flue gas desulfurization buildings and cooling tower 1 will be dismantled. The dismantling measures are to be completed by the end of 2025.

Individual structures and ancillary facilities of the old combined heat and power plant will continue to be used. These include cooling towers 2 and 3, the cooling water structures and the administration and social buildings.