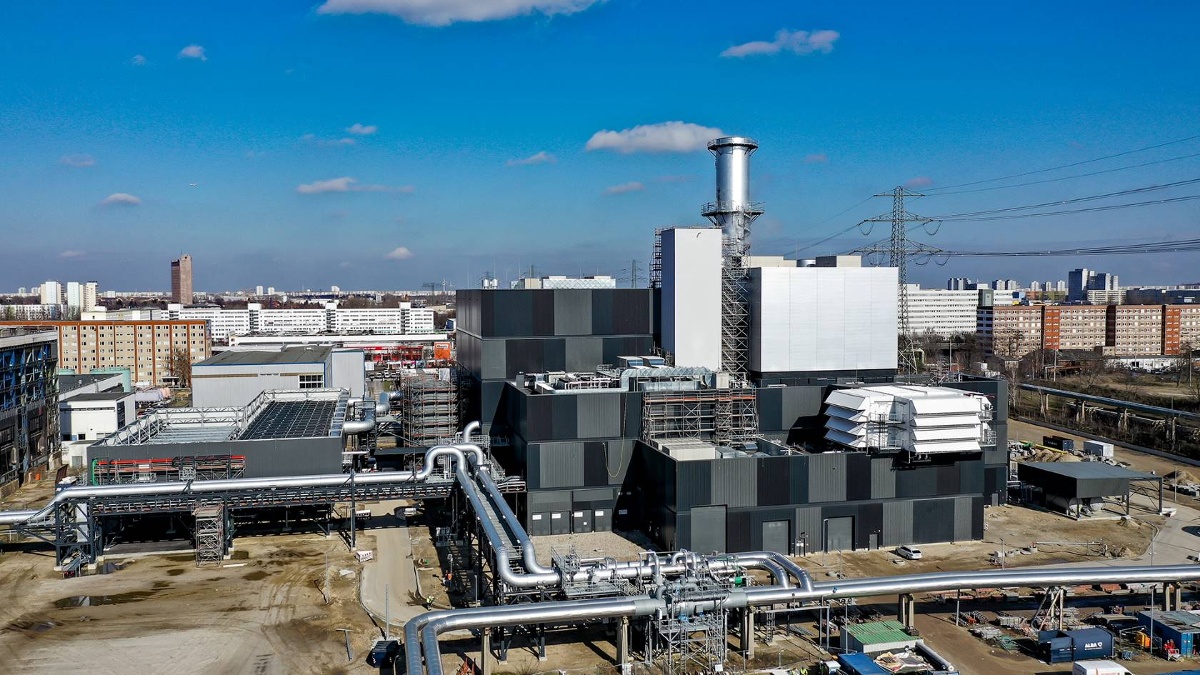 Vattenfall is aiming to bring about fossil fuel-free energy generation within one generation. In Berlin, plant locations play a key role in this. A major contributing factor towards climate neutrality comes in the form of the Marzahn combined heat and power plant, which was commissioned in 2020.

The history of the Marzahn CHP plant

Built in 1970, the Marzahn CHP plant was originally called the Lichtenberg CHP plant. The plant used combined heat and power (CHP) to supply Berlin's eastern districts with heat and electricity for several decades. In 2010, the plant was taken offline because it no longer met the standards for environmentally friendly, sustainable and clean energy.

A new-build with excellent efficiency

The new plant was officially commissioned in June 2020, and provides electricity for around 150,000 residential units through reliable, climate-friendly means. Together with the Klingenberg CHP plant (also gas-fired), the plant in Marzahn is critical to the supply of heat in eastern Berlin. Combined, the two plants cover around 450,000 households.

Marzahn CHP plant is highly flexible and can quickly switch between full and partial loads. This enables it to balance fluctuations, which repeatedly occur when feeding renewable energy into the electricity grid, and reliably secure the needs of urban heating customers.

To increase the plant's efficiency, the energy from the natural gas used is converted into electricity and heat in a thermodynamic cycle. Through this technology and the tried-and-tested CHP process, the CHP plant achieves up to 90 per cent fuel utilisation.

From Berlin, for Berlin

The key parts for the plant (constructed by Siemens) were manufactured in Berlin or within a radius of around 300 kilometres. The centrepiece, the SGT5 2000E gas turbine, is from the Berlin-Moabit turbine factory. Switching components such as the vacuum circuit breaker and the generator switchgear came from Berlin-Siemensstadt. The steam turbine was sourced from Görlitz, the generators from Erfurt, the transformers from Dresden and the low voltage switchgear from Leipzig. Only the medium voltage switchgear had to travel a relatively long way: it comes from Gebze in Turkey.

Fact Sheet: The future is here
Natural gas at Vattenfall