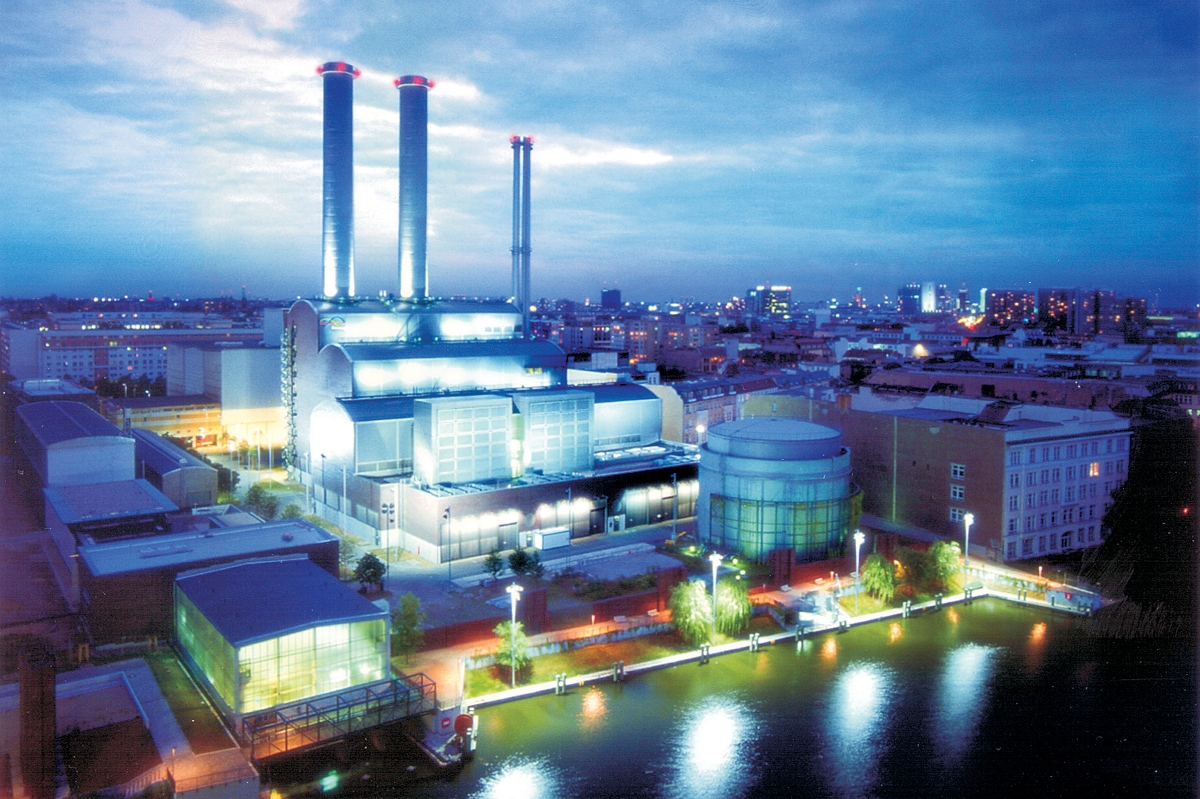 Mitte CHP plant was built between 1994 and 1996. When taken into operation in 1997 the plant was one of the most modern and efficient CHP plants in the world – it can utilise up to 90% of the fuel energy. The power plant is situated in central Berlin and complies with the EU’s latest environmental requirements.

In addition, young artists were invited to give their input during the construction period to ensure that the design of the plant would harmonise with its urban surroundings.