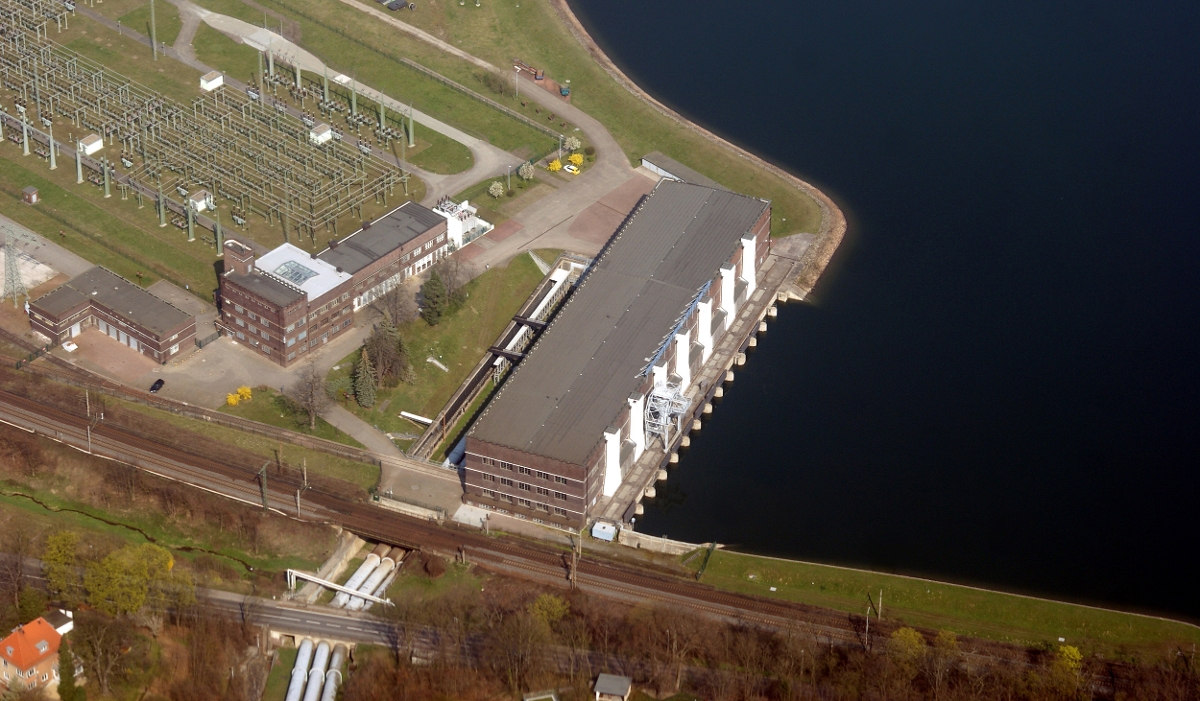 The Niederwartha power station was constructed with four pumped-storage sets a few kilometres west of Dresden between 1927 and 1930. The power plant was commissioned in 1930. After World War Two, the pumped-storage plant had to be taken out of service and was not made operational again until 1954. In 1960, two more pumped-storage sets were added, increasing the capacity to 120 MW.*

The top basin has been created in a valley sealed off by a retaining dam and has a natural inflow. During times when a surplus of electrical power is available, the pumped-storage plant can be used to pump water from the bottom basin up to the upper reservoir. The height difference between the two reservoirs is 143 metres. ‘Electricity’ can thereby be temporarily stored as water at a higher altitude. When the demand for electricity increases, electricity can be produced by letting water from the upper reservoir flow down to the lower basin via the turbines and generators.

The upper reservoir can store 1,981 million m³ of water – enough to generate 591 MWh of electricity.

*Only two machines have been operational in Niederwartha Pumped-storage Power Plant since 2001.