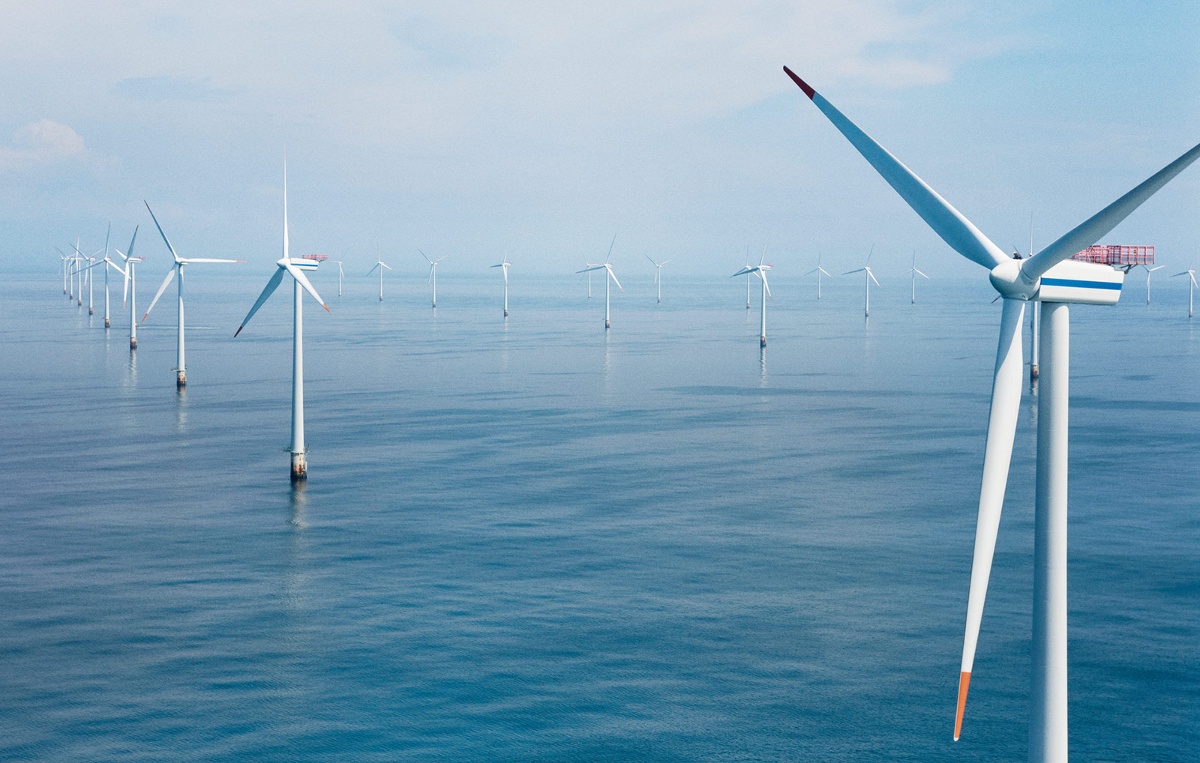 If you stand on the western coast of Jutland in Denmark and look at the horizon, you can just discern one of the world’s largest offshore wind farms, barely 20 kilometres off the coast in the North Sea. There, at Horns Rev, the wind conditions are ideal for wind power generation, enabling the wind farm’s 80 turbines to generate electricity for around 150,000 private households in Denmark.

Horns Rev 1 is one step towards achieving Vattenfall’s ambitions of multiplying wind power capacity within the next 10–15 years. The wind farm is also consistent with the Danish government’s target of increasing electricity generation by offshore wind farms.

An offshore wind farm can generate almost twice as much electricity as a similar wind farm standing on dry land, because the offshore conditions are better. At Horns Rev the wind blows at an average speed of 10 metres per second, which creates ideal conditions for wind power generation. Limited water depth is another important factor to make sure that the construction of a wind farm will not be unreasonably costly; the deeper the water, the costlier the project. At Horns Rev the water depth is in the range of 6 to 14 metres.

To obtain maximum capacity utilisation for each wind turbine, they have been erected 560 metres from each other. The 80 turbines have been installed to occupy a total area of 20 square kilometres. The blades of the turbines, measuring 39 metres in length, have been turning since 2002 and have a total capacity of 94,8 MW.

The wind turbines are interconnected in a 33 kilovolt cable system. The power generated passes to a transformer platform on the fringe of the offshore wind farm. Here the voltage is transformed up to 150 kV before the electricity is taken to the shore through a 21-kilometre submarine cable to Hvidbjerg Strand.

The submarine cable, manufactured in Norway, is the first plastic-insulated 150 kV cable in the world. With a diameter of 19.2 centimetres, it is also the thickest submarine cable ever made.