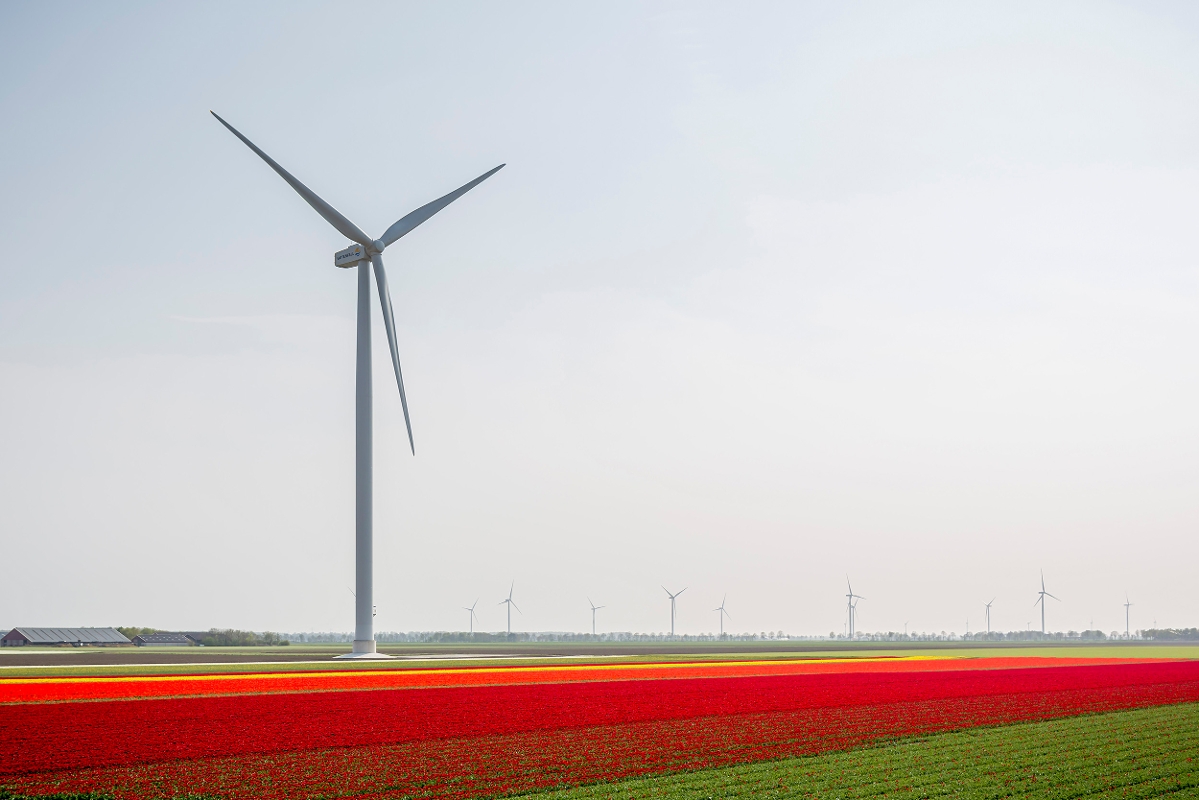 Prinses Alexia is the second largest onshore wind farm in the Netherlands, located in Zeewolde, delivering clean electricity to 88.000 households. The wind park has been the national wind energy laboratory since its opening in 2011 and is constantly experimenting with new innovations.

The wind park, also called ‘De Zuidlob’, consists of 36 wind turbines which in total produce almost 122 MW electricity. The wind farm has been developed in close collaboration with local farmers and was inaugurated by Her Royal Highness Princess Beatrix in September 2013.

When the wind blows strongly, windmills sometimes run for nothing: the wind energy then generated is too much for the electricity grid and is lost. In June 2017, the Prinses Alexia wind farm was equipped with large batteries that store energy from wind turbines. In this way, the wind farm can still deliver wind energy, even with relative wind calmness. With 3 megawatts, it is the largest battery we have in the Netherlands. In the future, the battery will be expanded even more, to 12 megawatts.