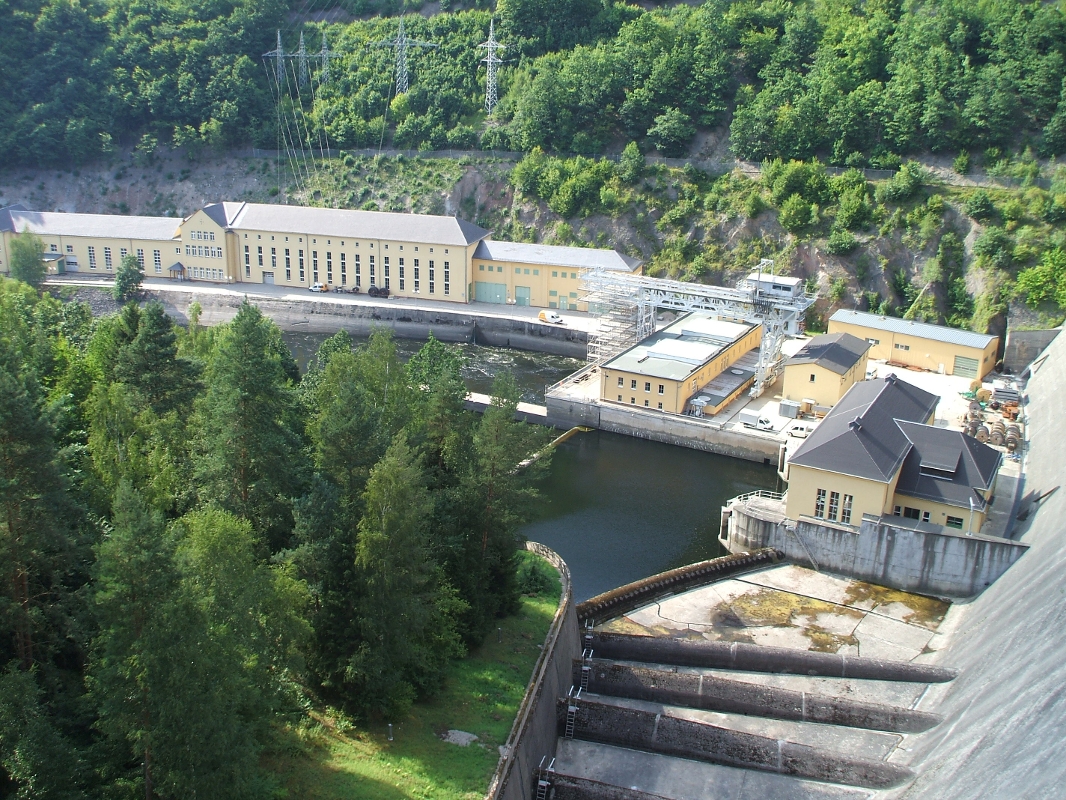 A run-of-the-river machine set composed of a generator and turbine, which started operations in 1942. Two pumped storage sets followed in 1959 and increased the installed capacity to 64 megawatts (MW).