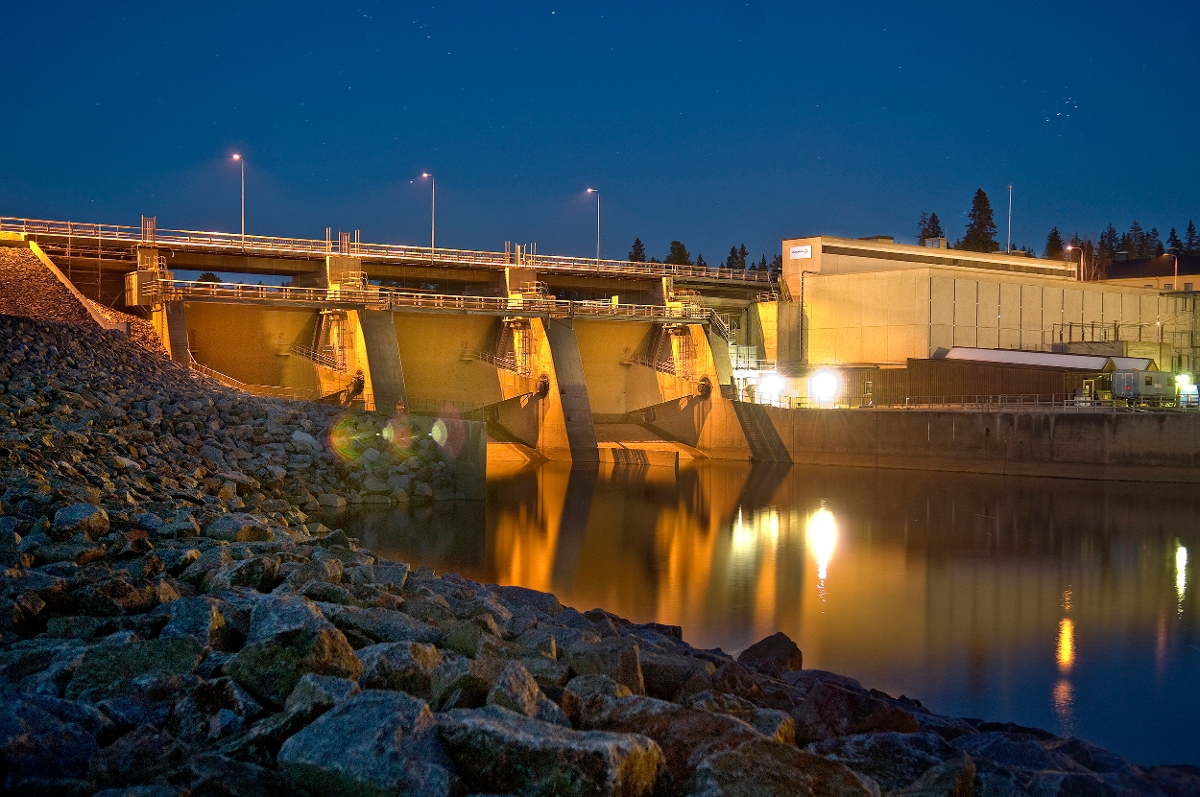 Boden hydro power plant in the Luleälv river was built between 1967 and 1972.

Thanks to its location, the power plant could be built without the problems that plagued many other power plants along the Luleälv river, such as isolation, long distances and winter storms. Most of the construction workers lived in the nearby town of Boden, and at the peak of construction, 200 people were employed at the site. The power plant uses Kaplan turbines and has a head of 13 metres.

As part of Vattenfall’s dam safety programme, safety at Boden hydro power plant was improved between 2006 and 2007. The dam was reinforced to enable it to cope with extreme water flows, which are likely to occur only once every 10,000 years. Amongst other things, the crest of the dam was raised by 1.8 metres.