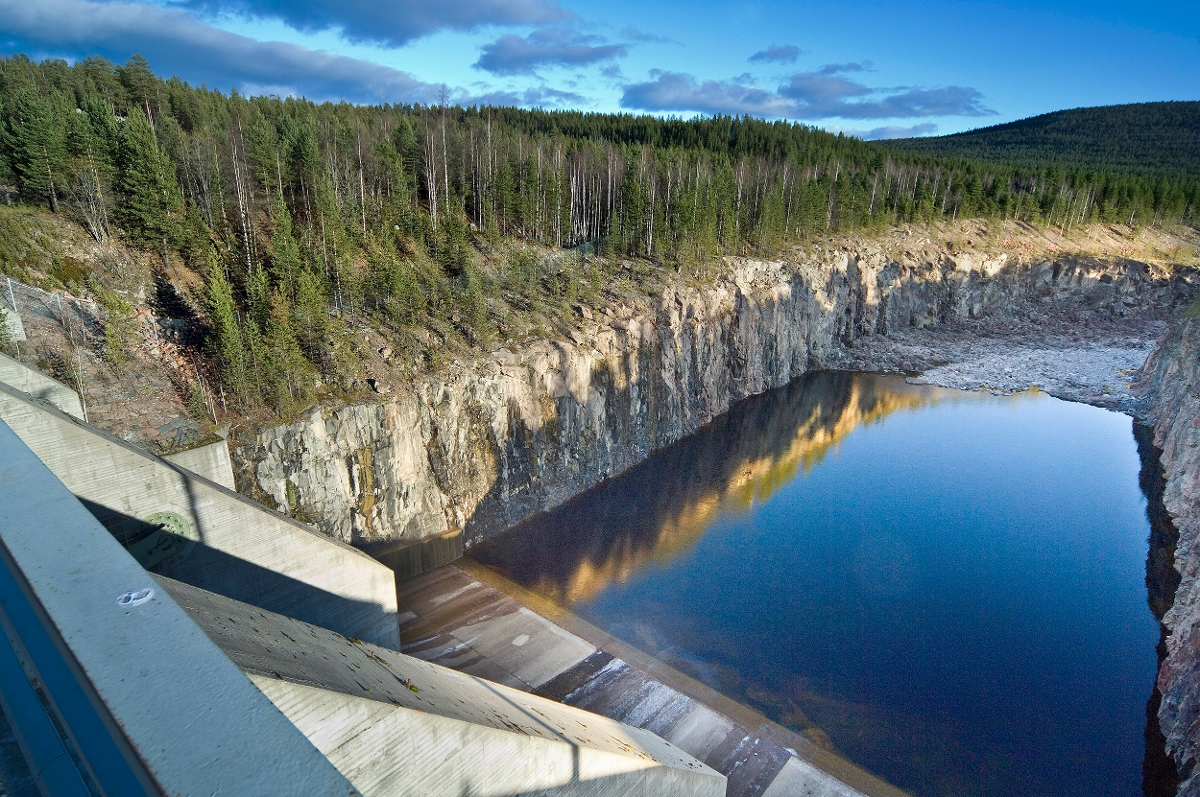 When the dam for Messaure power plant was built, between 1957 and 1963, it was one of the largest in Europe. At almost two kilometres long and over 100 metres high, the dam is one of Vattenfall's largest. To put the amount of filling material used in the dam into perspective, it can be equated to the amount of material required to fill four Pyramids of Cheops.

Construction of dam and power plant

The filling materials were transported by the largest fleet of trucks and lorries ever used in the construction of a power plant. In 1960, there were 150 trucks and 270 drivers, who worked in shifts in difficult financial circumstances. 60 mechanics were employed to maintain and service the machinery alone.

Messaure power plant was designed in a way that enabled the addition of a third unit. This third unit was built and installed between 1980 and 1983. Messaure is one of Vattenfall’s largest hydro power plants.

Hydro power is a reliable, safe and renewable source of energy. Almost half of Sweden's total electricity requirement is currently supplied by hydro power. The Luleälv river, on which Messaure is situated, is Vattenfall's and Sweden's most important river in terms of hydro power generation.