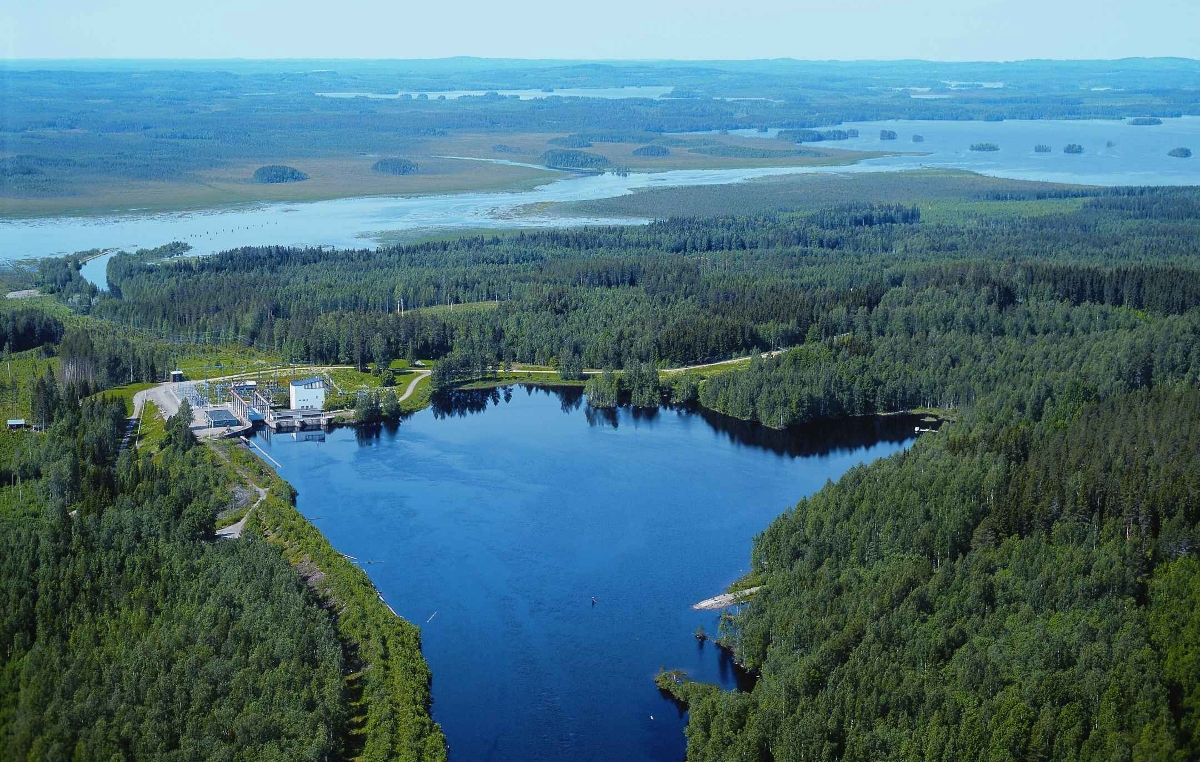 Pamilo hydro power plant is located in Palovaara, in the province of Karelia in the south-east of Finland. Pamilo is the largest of Vattenfall’s hydro power plants in Finland and the tenth largest in Finland. It was brought into service in 1955. Pamilo draws its power from Lake Koitere and the Koita river, which has its source in Russia and flows into Lake Koitere. The area is regarded as one of the most beautiful in Finland.

The company Pamilo Oy was founded in 1943. Its owners, the forestry company Enso-Gutzeit (now Stora Enso) and the mining company Outokumpu, wanted to generate electricity for their respective businesses. Although it was clear as early as 1908 that Lake Koitere and the Koita river had the potential to generate hydro power, work on construction of the hydro power plant did not start until 1952. This was because Pamilo Oy had originally planned to build two power plants but purchasing the rights to exploit the state-owned waters proved difficult. The solution, which enabled construction to get under way, was to build a canal and a new lake at Palovaara, and then to build the underground power plant in that location. The water flows from Lake Koitere through Lake Palojärvi to Lake Jäsys.

The original hydro power plant comprised of two units and was completed three years later, in 1955. The third unit was completed in 1997. Vattenfall has owned the power plant since 2000. The turbine and the generator in the second unit were upgraded in 2006 and 2013.

Pamilo hydro power plant is located in Finland's Lake District, about 50 kilometres north-east of the municipality of Joensuu. För att vara mer exakt utgör Koita älv och Pamilo en del av älven Vuoksis bäcken. which has its source in the north-east in Russia and flows into Lake Ladoga in Russia. The power plant has a wilderness location and the plant itself is below ground. The building which houses the control room, which was designed by Alvar Aalto, Finland’s most famous architect, is the only building which is visible, and is 50 metres above the machine room. The irregular windows of the control building are described as "an architectural refinement which transforms the white building into a miniature work of environmental art".

River Koitajoki is a prime breeding ground for salmon. In accordance with a ruling issued by Finland's administrative court in 2013, the discharge into the river must be at least 6 cubic metres per second in the summer and 4 cubic metres per second during the rest of the year. The ruling also requires Vattenfall to submit an application regarding this minimum discharge and fish-related obligations within six years of the ruling being issued. This application must be based on adequate research.

During the Second World War, Finland lost most of Finnish Karelia to the Soviet Union and, as a result, a substantial part of Finland’s built and potential hydro power capacity.

The largest users of energy at that time were the forestry industries, particularly paper and pulp mills, which were forced to replace the power they had lost before they could expand. One solution was to harness the untouched waters of the North. However, Finland’s mountains are relatively low, which restricts the amount of electricity which can be generated from hydro power.

Vattenfall's nine hydro power plants in central Finland and the Ostrobothnia region, which generate a total of 124 MW of electricity, are monitored and controlled from a central control room in Porvoo (Borgå).