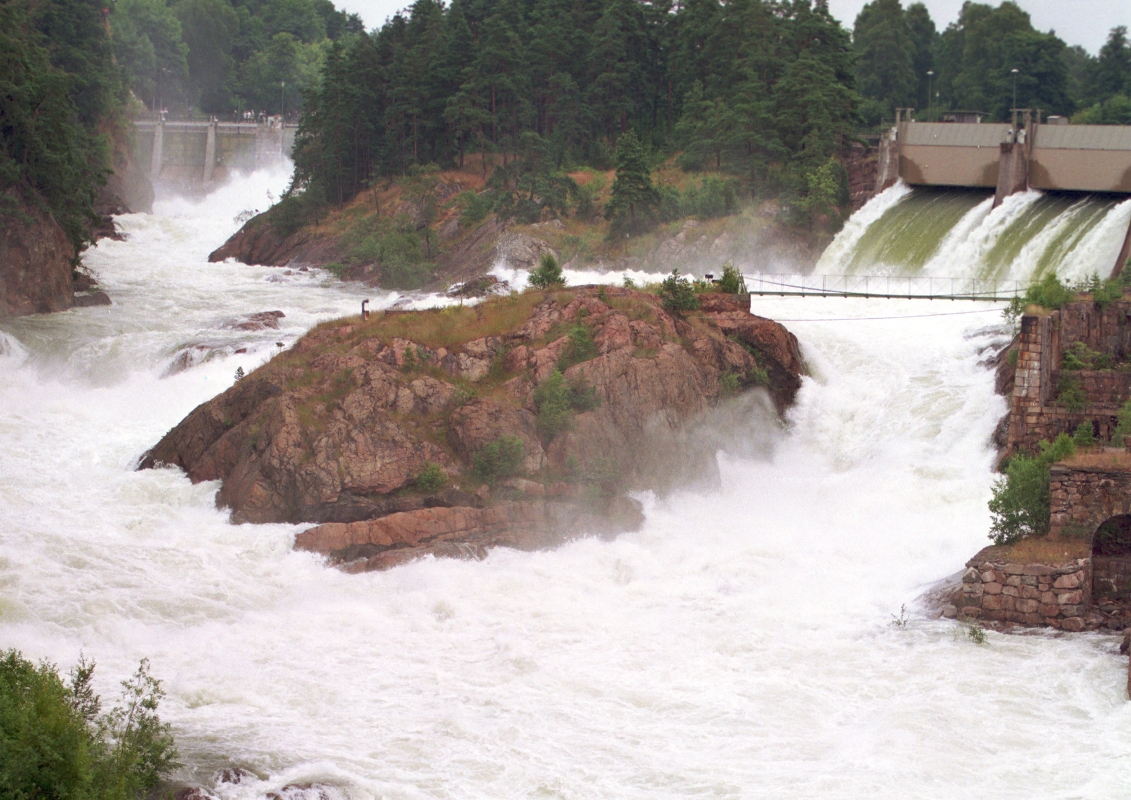 The Göta Älv River’s head (drop) of 32 m at Trollhättan is used in two separate power stations: Olidan and Hojum.

The hydro power plant was completed in 1941, at which time both turbines (each with a capacity of 50 MW) were commissioned.  The power plant was upgraded in 1992 and a third turbine (70 MW) was added. Parts of the old turbines have now been replaced. At the same time, new technology has reduced the consumption of oil, which, in turn, reduces the risk of oil leaks.

Characteristics of the Göta Älv River

The Göta Älv River, on which Hojum is situated, originates in Lake Vänern, Sweden’s largest lake. Stretching from Lake Vänern to Gothenburg’s harbour and out into the Kattegatt area of the sea, the Göta Älv River carries the greatest volume of water of any river in Sweden, and its 44-metre head (drop) is mainly concentrated in the river’s upper stretch at Vargön, Trollhättan and Lilla Edet. For centuries, the Göta Älv River has been a major transport route, particularly after the construction of the Göta Canal.

Vattenfall is the sole owner and operator of the four hydro power stations on the Göta Älv River: Vargön, Hojum, Olidan and Lilla Edet. Hojum was the most recent addition and was completed in 1941.