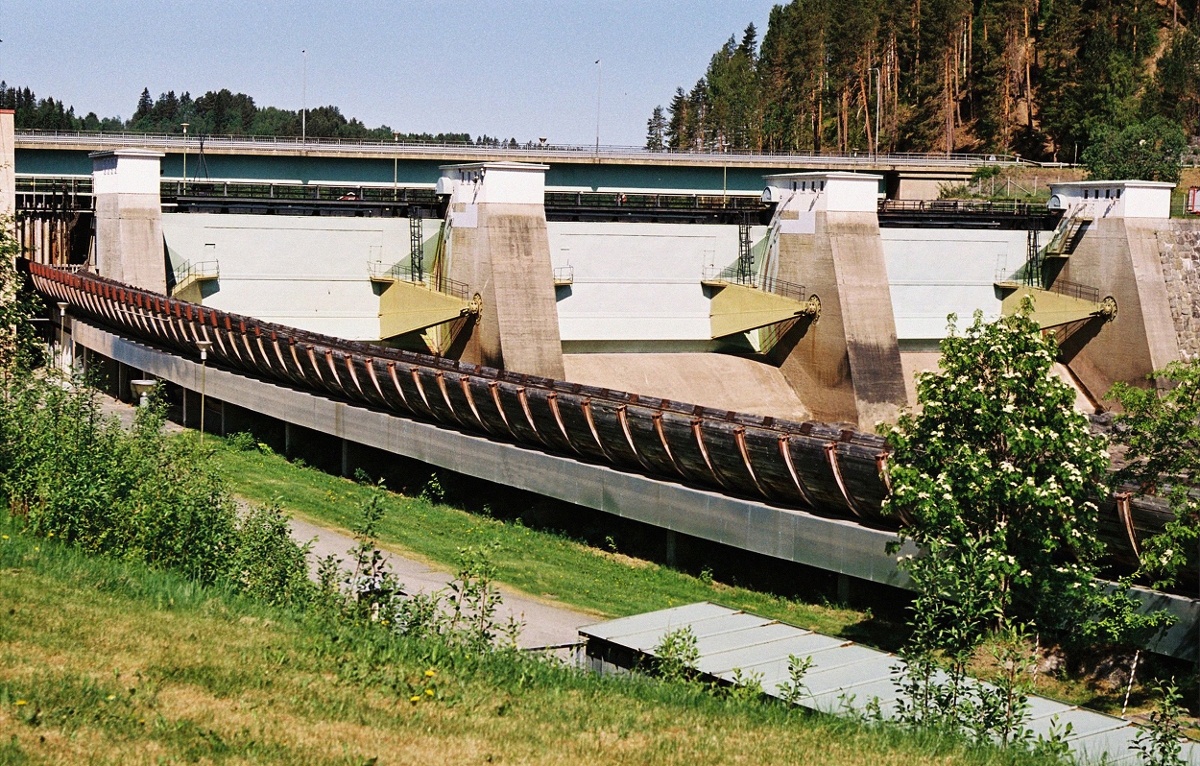 The plant is situated in a district of historical and cultural interest, well known for its beautiful scenery. Well-preserved rock carvings are located close to the plant. In fact, it is one of northern Europe’s largest areas of rock carvings, with about 2,300 figures. Several findings from the Stone Age have been discovered in the area, and the ancient remains are considered by experts to be of key interest in understanding the Stone Age in northern Sweden.

In designing and constructing the plant, great consideration was therefore given to the points of view expressed by representatives of environmental protection and antiquarian interests. A large stone relief has been placed in the machine hall, describing life at the falls of Nämforsen from early prehistoric times to the present day. During the summer months, the power station lets 125 m3 of water per second pass through the spillways, creating a unique atmosphere in the area.

The facility is equipped with Kaplan turbines. It has a head (drop) of 22 metres and was first commissioned in 1946.